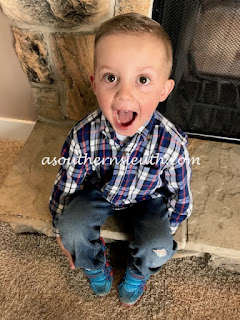 I was recently contacted by a cousin who said he had found some Ganus pictures among his mother’s things, and asked if I would like them? Would I??? Of course I immediately responded that I would love them.  But then came the hard part– waiting for them was like waiting for Christmas!

When the packet came, I couldn’t get in the house and get the manilla envelope opened fast enough. You know the feeling…wondering who will be in the pictures and what you might learn. Naturally, I was thrilled with the pictures for they helped complete some of the stories I have written, on my blog, in my mind and in my heart.

One picture added to the story of my grandfather and his brothers who were orphaned when they were just little boys. You can find that story here: Three Brothers, Three Roads-Part 1 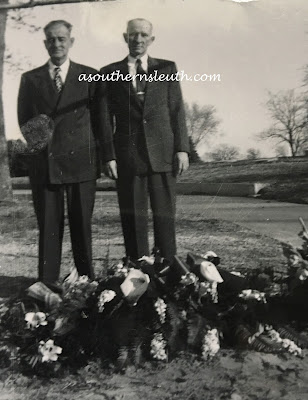 The photo, taken in March of 1956 shows my grandfather, Heber Monroe Ganus, standing beside his twin brother, Orson Merritt Ganus as they said their goodbyes to their older brother, Ernest W. Ganus.

The picture breaks my heart, but I’m so grateful to  my cousin who so kindly shared it with me.

For more posts about the brothers, check out these posts:
Ernest’s Final Return to Oklahoma-Part 5
In these posts, I tell about the twins.
A Little Bit of Heaven
Seeing Double