Every summer our family loaded up the station wagon and made the drive from California to Colorado where all of our relatives lived. We loved the time with our extended family and couldn’t wait to get there.

When we stayed at my Grandma Hostetter’s house, I usually slept on the hide-a-bed sofa in the living room. I didn’t mind that bed so much, but the location provided some challenges. In her small little house, the living room was adjacent to the dining room where a large cuckoo clock from Switzerland hung on the wall. It was great to watch the little Swiss people come out and dance to the music during the daytime hours, but much to my dismay, those same little people never slept and the clock played off and on throughout the night. In addition, Grandma was a very early riser and she would get up in the wee hours of the morning to go work in her garden. Accustomed to living alone, she probably didn’t realize how loud the screen door slammed on her way out. 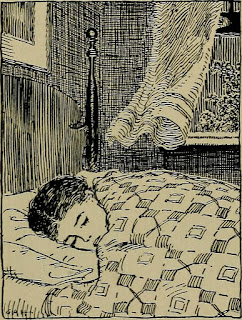 Sleeping at other people’s homes can sometimes be challenging.

In the nineteenth century, the LDS missionaries went out without purse or script, meaning they relied on others for a meal and a place to stay. The missionaries in Polk County, Georgia were welcome in the Ganus’ house and they frequently stayed in their home. In his missionary journal, Elder John Joseph Pledger Murphy recorded some of the experiences he had staying with the Ganus family.
Elder Murphy once told John M. Ganus that he hadn’t stopped at the mill one evening where the Ganuses were working because he “got tired of lying on the soft side of a board during the war.” The following night he stayed at John’s home and it may have made sleeping on the soft side of a board look good.

As was common among the poorer class of people during that time, when staying at the Ganus’s home, Elder Murphy didn’t get a guest room or even his own bed, but shared the bed with John’s son, Newton. Elder Murphy recorded on Sept 10, 1886:

“Stayed all knight at Bro. Ganus. Slept with Newt, he kicked and punched me all knight.”

The next night wasn’t much better, Elder Murphy recorded:

“Saturday , Sept 11, 1886 I spent the day at Bro. Ganus wrote a letter to Bro. D. H. Peery of Ogden concerning Brother W. F. Ganus getting a job with him in the mill also I showed Bro. Ganus about getting up his genealogy at night I went down and slept with his little boy and he tried to be on me all knight with his feet. I was almost sick with cold and nervous.”

“Frank and me slept at John Ganus the bed fell down with us. “

Despite the difficulty in getting a solid night’s sleep at the Ganuses, Elder Murphy returned to the Ganus household time and again. I guess although sleeping at the Ganus’ house sometimes had its challenges, it still beat sleeping on the soft side of a board.

3 thoughts on “Sleeping Over —12 – Becoming Acquainted with John M. Ganus”