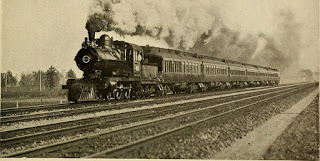 John and Olivia had been baptized just a little over a year when on April 12th, 1881, Elder John E. Metcalf boarded a train in Salt Lake City, bound for Georgia. He had been called to serve as a missionary for the Church of Jesus Christ of Latter-Day-Saints and would serve in the Southern States. Sharing his beliefs with the people of the South would mean spending several years away from his family who were living in Sanpete County, Utah.


There were very few members of the Mormon faith where John and Olivia lived, and there wasn’t a church building for them to meet in. Mormon meetings often drew the attention of those who opposed them and so members were cautious about when and where they met and at times they were counseled not to gather at all. In neighboring communities, Mormons and Mormon missionaries were shot at and some were killed, their homes and barns burned to the ground.

A story in the Deseret Evening News, on 22 July 1879, told about an incident that took place in Varnell, Whitfield County, Georgia:

“In May, Elder C H. Hulse and Thomas Lloyd, of Cache Valley, passed through Varnell’s on the way to North Carolina, when the same mob came upon them, entered the house of one of the Saints, flourishing pistols, swearing to kill the inmates if they ever harbored the Elders again and drove the brethren out of the neighborhood.” (1)

These incidents grew in number and intensity in the years that followed. Nevertheless, at great risk to themselves, John and Olivia provided a place for the missionaries to stay and allowed meetings to be held in their home. On Sunday, April 9th, 1882, Elder Metcalf recorded:

“Held Meeting at Bro. Ganus’s had a nice tournout, had a good flow of the Spirit of God this is the first Meeting held in this neighborhood hope to do some good, stayed all night at G’s.” [sic]

John and his extended family continued to help the missionaries and turned to them in their time of need.

“Called up to go to Sis Mary Ganus and Administered to her baby who was very sick the Lord releaved it from pain We also Blessed & Named it at the same time. But it gradually got worse till death which occured at 5 P.M.we also Blessed another of thier children stayed all night at Bro John Ganus.”

When President John Morgan, the Mission President for the Southern States Mission visited the area, he too stayed with John and Olivia. Known for his service in the Union Army, President Morgan was considered an even greater problem to those opposed the Mormon religion and consequently, there was an even greater risk for those who housed him. During his time in the South, President Morgan received many threats from the Klu Klux Klan, which included both verbal threats and the posting of written signs on trees and in other locations. One particular sign, read “A Charitable hint to Mormons” and portrayed a man being hung.(2)

John and Olivia’s willingness to help the missionaries shows strength in the face of danger and implies a commitment to their beliefs. Would it become too much, or would they stay true to what they believed in the face of such danger?

4 thoughts on “He Dared Let Them Stay —11 Becoming Acquainted with John M. Ganus”