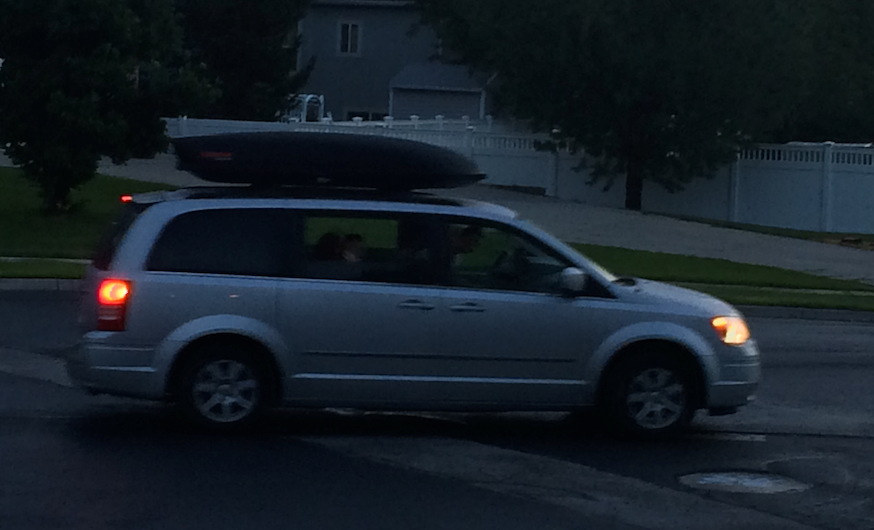 As they pulled away, the little hands waved wildly out the car windows while their sweet voices called out “Goodbye Nana, goodbye Papa!”

I felt the familiar lump rise in my throat.  Their visit was officially over and they were on their way to their home hundreds of miles away. The much anticipated visit was over and all that was left were the memories, sticky fingerprints and the many pieces of art work decorating the front of my fridge. Family. There’s nothing better than time with those you love.

As I began the task of restoring order to my house, my tendency to relate everything to genealogy surfaced.  I began to think of my ancestors and contemplate their relationships with their children and grandchildren.

I thought of the ever important FAN club as taught by Elizabeth Shown Mills and the the vital role Families, Associates and Neighbors played in each others’ lives.  Beside the natural tendency for people to want to live in close proximity to each other, family was a source of safety and protection in addition to a source of help and support in every aspect of life.  Aunts, uncles and grandparents played a significant role in their grandchildren’s lives.  On my childhood visits to Colorado I learned all too quickly that aunts, uncles and grandparents all helped in correcting and instructing the children and that reports of public misbehavior made its way back to mom very quickly in those small familial communities.  Families worked together in raising their children.

Although, in many instances, I can see evidence of this tendency to live near each other in my ancestor’s migrations,  I confess, there are those times when I scratch my head and wonder if some were just gypsies and moved willy nilly. But then I am reminded that even gypsies traveled together in a caravan. Sometimes no obvious clues are present but I know that likely within that “missing information” lies clues to yet unknown extended family.

One such situation is the move of my 2nd great grandparents John and Olivia (Rainwater) Ganus to Arkansas. The only evidence of that move which occurred between the 1860 and 1870 census is the indication on both later census records and church records that John and Olivia’s son Newton was born in Pine Bluff Arkansas in 1867. The family lived in Alabama in 1860 near Olivia’s sister’s family, the Baileys, and by 1870 they had returned to Georgia, and were again living near family. So why the move in 1867 and did they go with family and if so, who and why?

Times have certainly changed and so have the roles that families fill.  Families no longer rely on each other for physical protection. Women go to the hospital to have babies and fewer people live on family farms. More and more people are turning to the convenience of HOAs, condos and apartment living. If people want the answer to a question, no need to ask parents or grandparents, Google knows it all, and Youtube has a video demonstrating it. As much as I enjoy modern conveniences, when the house is quiet and void of the voices of my children and grandchildren, I often wish we could go back to the days when grandparents and parents made a community.