mtaggart
On the 20th of January in 1814, as the War of 1812 continued to rage  on, 23 year old Joshua Rainwater joined the ranks of brave men willing to risk their lives in a battle for our country’s freedom.  At the county courthouse in Pendleton, South Carolina, Joshua volunteered to serve in the South Carolina Militia.  As part of Captain Alexander Morehead’s Company, Col Nash’s Regiment, Joshua was enlisted from January 20th 1814 through July 28th of 1814.  In September of that year,  Francis Scott Key, inspired by the site of the American Flag raised at Baltimore’s Fort McHenry wrote the poem “The Star-Spangled Banner.” It was a time when many felt great patriotism and fierce loyalty to their country and Joshua was among those brave men willing to risk their life to prove it.

Early in my research, my husband sent off for Joshua’s War of 1812 file from the National Archives as a surprise for me (it was on my “to-do” list and he knew it).  It was so fun to receive the thick manila envelope with the National Archives stamp for the return address.  I was excited to read through each faded page and learn a little more about my third great grandfather.  I knew it was definitely MY ancestor when the cover letter  indicated that “The date and place of soldier’s birth and names of his parents are not shown.”  Of course they weren’t. So often the details typically recorded in various documents are missing from my ancestor’s documents and so I’ve almost come to expect it.

Included in Joshua’s file is the following paper filed by his attorney.  Although apparently not humorous to J.W.D. Miller at the time, it does make me smile. This paper underscores the fact that fraudulent land claims were rampant during that period of time. 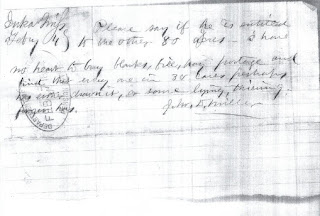 Please say if he is entitled to the other 80 acres—I have no heart to buy blanks, fill, buy postage and find that every one in 30 cases perhaps has either drawn it, or some lying, thieving forger has.      J.W.D. Miller

Joshua  filed for and received his pension when he was 82 and living in Upshur County, Texas.  I was thrilled to see his own signature on some of the documents, which is a bit unusual for one of my ancestors.  I loved seeing Joshua’s signature and handling documents, albeit copies, knowing that he once held the originals in his hands.

Joshua died the 15th of August 1878 and Abner, his son, applied for reimbursement of his father’s burial expenses on 20th January 1879  According to the file, the expenses for his burial were as follows:

Papers filed following his death indicated that “decedent was not  affected with any particular malady but died of extreme old age & debility.”  On another document it indicated that “dec’d had no particular affliction, but died from general exhaustion, and aging away of the system.”  Joshua Rainwater was 87, had lived a long full life and had every reason to be tired. 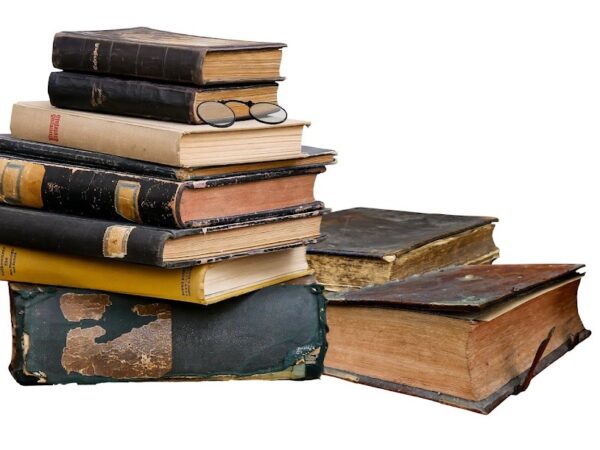