The Perrys were among many southern families who packed up their belongings and moved to Texas. By the year 1900,  James Perry and Mollie (Ayers)  and their nine children were living in Wood County, Texas, which is in the northeast portion of the state.  Initially predominantly an agricultural community, James continued to do what he knew best, which was farming. 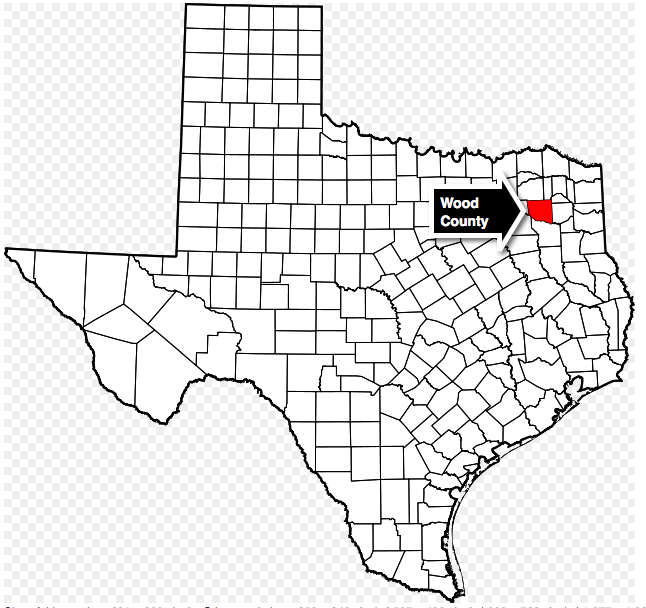 Wanting to know what that part of Texas looked like, I did a quick google search for images. Having lived in Texas for a number of years, I am well aware that the snake population is alive and well in Texas, so it shouldn’t have surprised me when numerous images of snakes popped up. Apparently Wood County, Texas has its share of snakes.

According to a “Soil Survey of Wood County, Texas” found here, Wood county is the home for a wide variety of venomous snakes such as rattlesnakes, copperheads, cottonmouths and coral snakes, along with a wide variety of non poisonous yet plenty cantankerous reptiles such as bull snakes, known for their bad attitude. Alligators are also found along the Sabine River of that county.

Although I know that southern folk are no strangers to such critters, I do cringe as I think of the Perry family trying to establish a home and farm where such critters resided in large numbers. In 1900 their oldest three, John Patterson Perry, 20 yrs old, James A., 19 years old and Laura, 15 years old were all of an age to be a significant help on the farm and around the house.  Although some of the younger boys likely helped around the farm as well, they were also of the age to be out running around exploring the countryside to see what they could find. Charles was 13, Robert 11, William 10 and Thomas was 5. The twins, Hugh and Hubert were only 3 years old at the time.

I know that as new ground is broken and disturbed when farmers plow in snake country, the dens or nests of snakes are often stirred up increasing the risk of snake bites. I also know all too well from my own upbringing how easily children can naively stumble onto unsuspecting reptiles. Poor Mollie had her work cut out for her.

In 1900, James and Mollie were living among many other southerners as well as other family members. One door down was Mollie’s half brother John W. Perry and his wife, Mary Frances  (Hill) and their five children. Next to John’s family was yet another brother, Robert Linfield Perry and his wife Jennie Lee (Howell).

I initially wondered if Mollie had a good relationship with her half siblings. Not only was Mollie the only child from her mother’s first marriage to Reuben Ayers, but she was considerably older than her five half siblings.  She was eleven years old by the time her widowed mother Frances (Rainwater) Ayers married her step-father, Robert A. Bailey. In 1877,  the year that Mollie married James C. Perry, her mother delivered her last child, Frances Laura Bailey.  Two years later in 1879, Mollie delivered her first child, John Patterson, and therefore Mollie’s youngest sibling and the oldest of her own children were only two years apart.

Although I am not sure if James and Mollie traveled to Texas with her brothers or if one followed the other, knowing that Mollie and her husband lived close to two of her half siblings when approximately 650 miles from “home” seems to suggest they had a good relationship.

Because my original question from my last post was “Is this Perry family responsible for the Perry name in my own family?, I need to know where both families were and if they had opportunity to interact.

In 1887 John Monroe Ganus and Olivia  (Rainwater), along with their five sons and their families moved to Colorado.  Then about 1897, the entire extended Ganus family moved from Colorado to Indian Territory, Oklahoma and were there in 1900.  With a distance of approximately 220 miles between the Perry family in Texas and the Ganus family in Oklahoma, clearly these families were not living anywhere close at this point.  However, the Perry name also would not be used in the Ganus family for thirty more years.  Would descendants of these families end up living close to each other? While I have no evidence of this at this point, I don’t think it can be entirely dismissed…yet.

I do have some evidence that members of this extended Rainwater family from Georgia apparently managed to stay in touch with some of the other members over time and despite distance.

In 1900, Sanford Rainwater, born 1866 in Georgia is found living next door to John and Olivia (Rainwater) Ganus, his aunt and uncle.  I shared that story here. The Ganuses had moved from Georgia to Colorado where they remained for ten years before moving to Oklahoma. Georgia born Sanford Rainwater had been living with his parents, John Rainwater and Bargilla (Moore) in Upshur County, Texas, for roughly 30 years prior to his move to Oklahoma.  It had been over 30 years since the two families had lived in Haralson County, Georgia, and yet they became neighbors. Remember this is before the age of Google and cell phones.

Apparently these Rainwater families and their descendants did maintain some awareness of each other over time, despite moves to various states and great distance, but the question remains, did Frances’ and Olivia’s descendants establish and maintain enough of a relationship for this to be my Perry connection? There is yet more research to be done.