Things were indeed heating up overseas, making the future uncertain for young and old alike.  Still living in Oklahoma, Ernest continued working in the oil fields and at some point, while in his early twenties, a young lady by the name of Goldie Buster caught his eye.

Goldie was born 12 October, 1900 in Eldon, Missouri and was the daughter of Charles Buster and Lena Shackelford.  In 1910,  she was living with her mother Lena, her step-father, Columbus Tracy and her sister Ida Buster in Okmulgee, Oklahoma.

In November of 1917,  at the ripe old age of seventeen, Goldie and twenty-four year old Ernest decided to take the big leap and get married.  Ernest and Goldie began life together and finally Ernest once again had a family of his own.

As was feared, conditions in Europe continued to deteriorate and in April of 1917 the United States declared war on Germany.  Ernest was among those called to serve in what became known as the Great World War.

A mere six months after their wedding, Ernest said goodbye to his new bride and joined many others who were training at Camp Travis, near San Antonio, Texas.  According to The Office of Medical History, the men training there to become soldiers were men from Oklahoma and Texas. 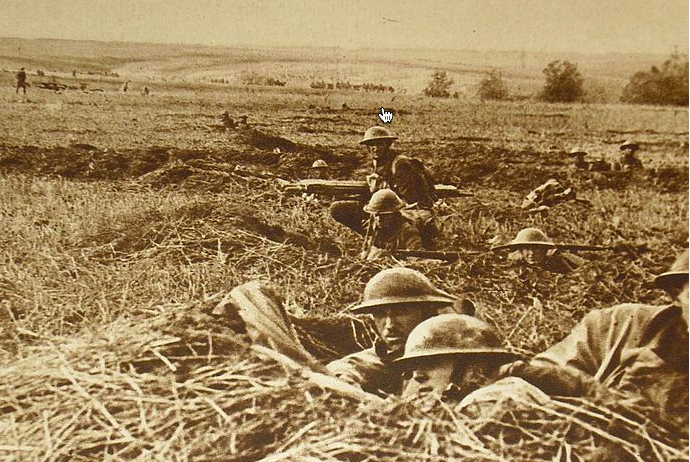 Sitting peacefully in the comfort of my own home,  it is difficult to fully comprehend all that was endured by not only the soldiers in the midst of battle, but by men such as Ernest who came to the aid of the injured.  Working in the sanitary train,  Ernest would have helped soldiers in shock, those that had been gassed and those with a variety of injuries.  Often working under extremely difficult conditions, Ernest, along with many men and women, did their part in the fight to preserve our freedom. 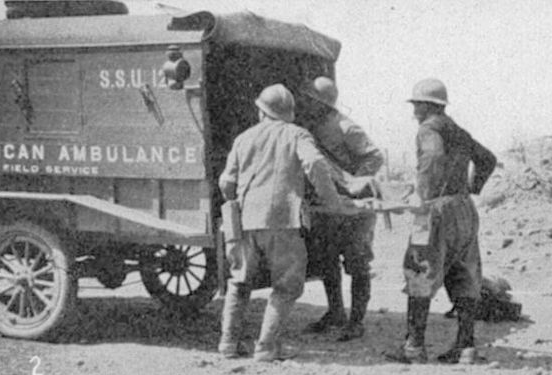 I gained a little insight into the challenges faced by those of the 357th 90th division, while reading about them on the website The Office of Medical History.  There I read the following:

“While dressings, splints, supplies, and service by the ambulance companies left much to be desired, only by almost superhuman effort on the part of the commanding officer of the 357th Ambulance Company, his officers and men, was it possible for them to function at all.  The roads were literally torn to pieces by shell fire and continually congested by trucks and artillery.” (1)

Ernest undoubtedly witnessed things difficult for us to imagine and things his heart and mind would likely never forget. Was he among the thousands of soldiers who mentally relived those events for the remainder of his life? Did the effects of war impact his life and his relationships?

Although thousands of Americans did not return home at the close of the war, Ernest was among those who did.  On the 19th of June, 1919,  after a little more than a year overseas, Ernest was discharged and returned home to Goldie.  Although I hoped that the next chapter of his life would be more calm, the story that unfolded revealed yet more challenges.