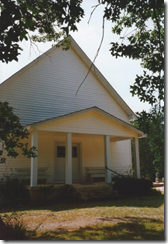 Nestled in the woods near Shadinger Lake, just a couple of miles outside of Carrollton, Georgia, is Tallapoosa Primitive Baptist Church.  The cemetery lies beside the church and is the final resting place for many who once gathered there as family and friends to worship and socialize.  It is there that Rebecca Ganus Lee is buried alongside her husband Samuel Solomon Lee and many of their children.

“Rebecker” grew up outside of Fayetteville, Georgia and as a child, she likely worked alongside her sisters Mary, Margaret, and Martha, as they helped their mother Betsy.  Girls generally helped their mothers with household duties such as cooking, cleaning and washing clothes, in addition to other chores such as feeding the chickens and light farm duties. Census data implies that Rebeca could read and write, so whether she attended school or was taught at home, she received some education.

On 30 October 1853, at the age of 17, Rebecca married Samuel Solomon Lee in DeKalb County, Georgia. and it was there that they began their life together.  Samuel farmed and Rebecca managed the household and cared for their children.  Typical of the times, Samuel and Rebecca had a large family to feed and care for, but large families were a blessing in many ways as they worked together and supported each other in every aspect of life.  Samuel and Rebecca eventually settled in Carroll County, Georgia a little over 60 miles from Dekalb County where they had married.

At twenty-five years old, Rebecca had buried several babies and was caring for their five children when husband, Samuel Solomon Lee, enlisted with the 63rd Regiment Company C on 27 November 1862.  I marvel at the endurance of the women of that era.  Rearing a large family was not an easy task at any period of time, but caring for the children, the home and the farm, while a husband was away at war was a particularly difficult and demanding undertaking that required a great deal of inner fortitude and determination.  In addition many families lived in constant fear of the enemy troops who continually passed by and through their farms.

The war went longer than any of them could have imagined and the cost to lives and property was high.  Rebecca’s brother became one of the casualties of that cruel and devastating war and several other brothers never fully recovered.  She was one of the fortunate ones, however, because Samuel did return home. Together Rebecca and Samuel resumed their life through lean times, raising their children and farming.  They added three more children to their family and lived out their life in Carroll County, Georgia where some of their descendants live today. Their family consisted of Ann T., Roena J., Leonidas, John Franklin, James Marshall, William Thomas, Charles Mentor, Tobeus A., and Emma E. Lee.

On 10 October 1889, at the age of 53, Rebecca passed away and was buried in the Tallapoosa Primitive Baptist Church Cemetery in Carroll County, Georgia.  Samuel lived an additional eleven years and died on 16 Nov 1900.  He was laid to rest beside Rebecca.

All pictures were  generously shared by descendent, Margie Dietz. 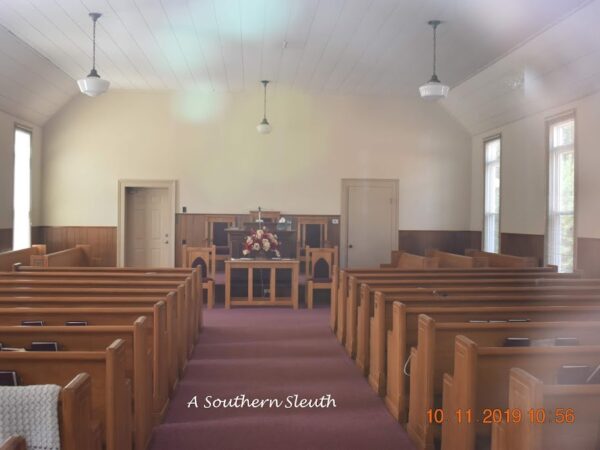